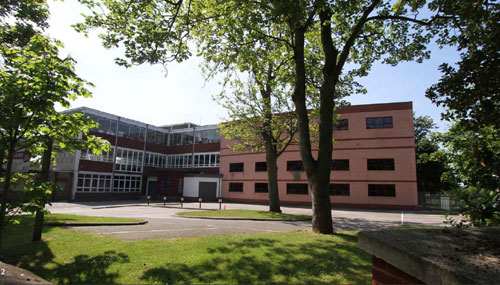 St Margaret's School was founded by Alderman William Preston, one time Mayor of Liverpool, and the Vicar of St Margaret's, Anfield, Revd. John Sheepshanks. The school was opened in 1879 by the parish dignitary and MP for West Toxteth, Mr T B Royden. The school's first Headmaster was Mr E Crossley whilst one of the early teachers and benefactor was Miss Gertrude Langton. Preston, Sheepshanks, Royden, Crossley and Langton are commemorated in the names of the School Houses.

The School began as a Higher Grade School and after the 1918 Education Act, St Margaret's was recognised as a Central School with a selective intake based on a competitive examination. After the 1944 Education Act, the school was restyled St Margaret's Church of England Secondary Technical Commercial School and during the 1950s courses leading to the GCE 'O' and 'A' Level examinations were established. In 1963 the school moved from Anfield to Aigburth and in 1980 enlarged to a four-form entry comprehensive school catering for students from 11 to 18 years of age.

St Margaret's became a Voluntary Aided, Church of England High School and was awarded the prestigious Technology College status in 1997. The school increased its intake to five-form entry in September 1998. In recent years, four major building developments, the Technology Suite, Sixth Form Centre, the Humanities and Administration Suite and the Cricket and Sports Centre have considerably improved the school's teaching, extra-curricular and administrative facilities. St Margaret's became a dual specialist school in 2008 when, in addition to Technology, the DCSF awarded the school Language College status, which led to, in 2011, achievement of the prestigious International School Award.

The School is proud to have been recognised as "good" by Ofsted in May 2012 and as "outstanding" in the statutory Inspection of Anglican schools in June 2012. The school became St Margaret's Church of England Academy in October 2012 starting an exciting new chapter in the school's life.

The School is proud to have been recognised as" good" by Ofsted in May 2012 and “outstanding” in the Statutory Inspection as an Anglican school that followed.

The school became an Academy on 1st October 2012 and changed its name to St Margaret’s Church of England Academy.

For the Academic Year 2013 – 2014, St Margaret's Celebrated its 50th Anniversary in Aigburth. In 1961, the Foundation Stone was laid by The Rt Hon & Most Revd Dr F. Coggan, The Archbishop of York. Two years later, 1963, the school officially moved to Aigburth. To celebrate this moment in our history, a Eucharistic Service of Thanksgiving was held in September 2013, and the Foundation Stone was rededicated by The Revd Canon Stephen Boyd, which reminded the school of the ethos, values and aims on which it was built.