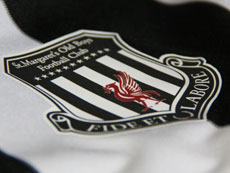 St Margaret's Old Boys Football Club was launched in May 2011 as an official associated member club of the Essemmay Association.

The Club was created to give former students of St Margaret's the opportunity to keep their links with the school once they have left, and also to increase participation in football at an amateur level between the high drop-out rate ages of 17-21.

Joining a newly-formed Liverpool County Premier League Under 21 Youth Division, St Margaret's Old Boys achieved a very successful first season. Unbeaten in the league until the end of January, the Old Boys secured a 3rd placed finish in the league, amongst many teams who had been together for a number of years. 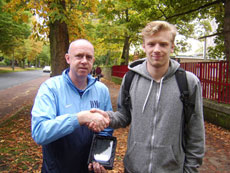 St Margaret’s Old Boys returned to action this week with a trip to Southport in the Liverpool County FA Sunday Intermediate Cup 2nd Round, where they faced Scarisbrick Park at Portland Road.

It was an early start, with a 9am departure via coach from St Margaret’s, with transport provided by Hartleys Travel.

The Old Boys welcomed back Matthew Devine to the club as he looked to get some action, it was good timing with injuries suffered by Chris McGrail and Dan Carney the day before, the Old Boys were light in numbers. 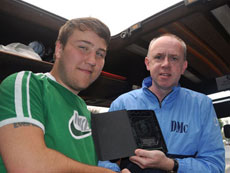 This match report is 100% biased in favour of St Margaret's Old Boys Football Club. It is not a balanced view of the match, it is purely for the use of club officials, players and Committee Members.

This was an outstanding achievement, and one that was recognised by the club's End of Season Award Ceremony.

The team consists solely of St Margaret's "Old Boys" and that was a key feature in the team being created.

With the full support of the school throughout its launch, St Margaret's Old Boys are very proud to have created a football team of which old boys can be a part.

Under the guidance of Derek McLean, the club's Manager, and his coaching team of Paul O'Hara, Reg Towner and Stephen Thomas; the club is hoping for a continued period of success.