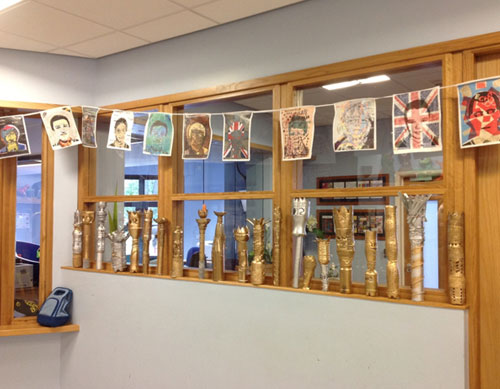 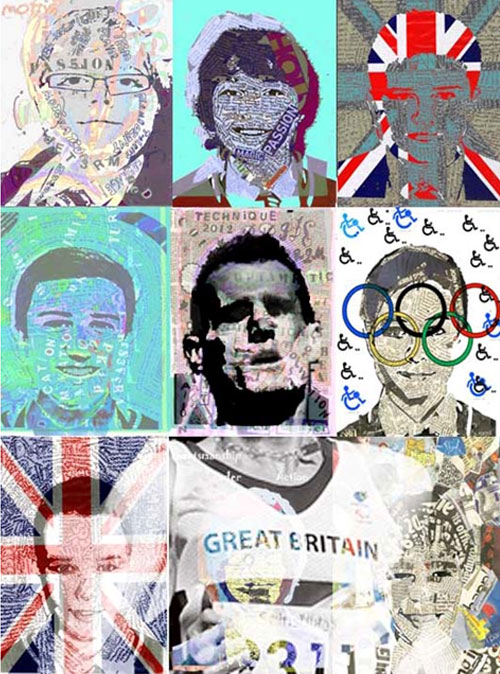 With excitement building for the Olympics this summer, Miss McGarry's Year 7 and Year 9 groups became involved in producing artwork with an Olympic theme. Year 7 researched the history of the Olympics and looked at the design of torches over the years. Using recycled materials, they then produced their own designs centred on British culture. Once assembled, the torches were then sprayed with gold paint. Fabulous!

Year 9 produced self-portraits using mixed media combined with motivational text; this art work was then scanned into Photoshop, layered, and then printed onto fabric to make bunting. The same images were later used for the Prizegiving programme combined with the face of David Devine, our Paralympic medallist. Fantastic!