William provides this account: In March we visited King David High School to compete in the "Year 10 Team Mathematics Competition" with 20 other schools from in and around Liverpool. The competition consisted of five rounds: the first round was a simple set of 10 questions focusing on a variety of subjects taught at GCSE level; the second round was a series of harder multiple choice questions; the third round involved puzzle and logic based questions; the fourth round was a relay with the answer to one question being a very useful hint to the next and the fifth and final round was based on a practical application of mathematics (in this case longitude and latitude) which was studied beforehand. Interspersed between these rounds was a series of "Countdown" style questions with the winners being awarded bonus points towards their final score. After five rounds of questions, our team was positioned first, beating all other teams. We are looking forward to spending a day at the "Merseyside Mathamagic" competition with a slightly larger team of eight people.

William joined forces with his brother, James (8L) to form a team called Knights Radiant. They entered the Alan Turing Centenary Cryptography Competition organised by the Mathematics Department at Manchester University. This was to celebrate the life and work of Alan Turing who was a code breaker, mathematician and father-figure of computers. Cryptography is the study of how to send messages or data in a secure way so that the intended recipient can recover the original message but an eavesdropper cannot. William and James obviously demonstrated that they have logical thought and excellent problem solving abilities. These were needed to solve the cryptographic puzzles which were released to the website on six separate occasions.

There were over 400 initial entries with 150 teams completing more than three tasks and more than 30 completing all six tasks. After being in the lead on more than one occasion, our brothers were pipped to the post by a team that scored just one point more than them in the last task.

Congratulations to William and James who scored 79 out of 90 which awarded them second prize. They each received £100 in Amazon vouchers.

James (8L) also joined fellow team members Jack (8S), Daniel (9R) and Matthew (9R) to represent St Margaret's at the UKMT 2012 Regional Final Team Maths Challenge. This was held at St Edward's College and consisted of 26 teams involved in four rounds of problem solving activities. The cross-number round caused a few headaches for our lads so they pulled out all the stops by finishing the relay race in an extremely quick time but it was not sufficient to achieve a top position. Well done again for your effort and enthusiasm and for obtaining 6th place. 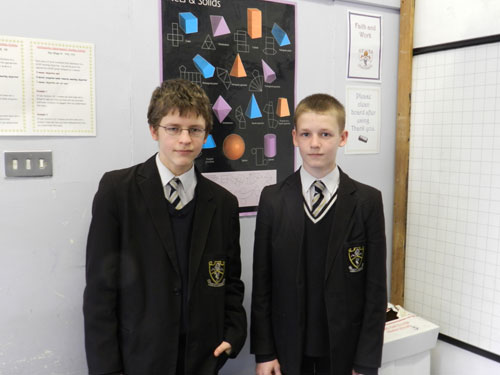 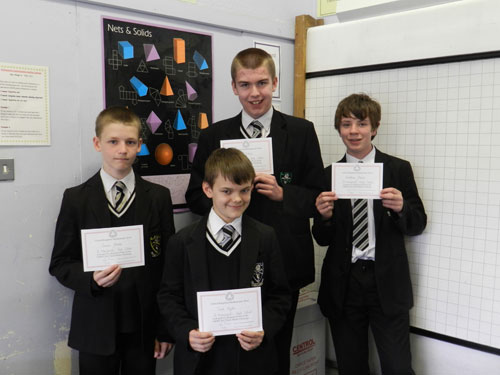