Scott (Year 8) won the Minimax Karting class Dragon Master Trophy at Glan-YGors race circuit in Wales in July 2011. It was a two-day event with timed qualifying and the first heat on Saturday was followed by a further two heats and the Grand Final on Sunday. Past winners of this Welsh Coal Dragon trophy include Jenson Button.

Scott started karting at the age of 8 in the Cadet class and is now in his first year of the Minimax class which reach top speeds of 80mph. He is using one of only three karts in the country, made by Italian kart manufacturer PCR. Scott's hard work and determination finds him travelling to tracks all over the UK from Scotland down to Lincolnshire and Oxfordshire. His local track is 3 Sisters in Wigan and of course his new favourite track Glan-Y-Gors. You can follow Scott on his website 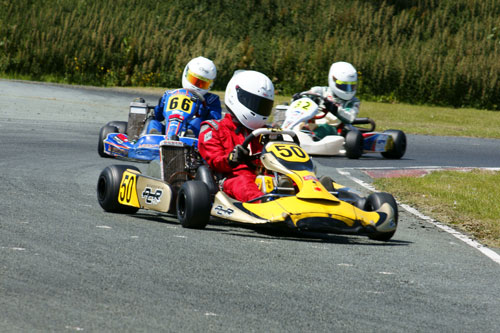