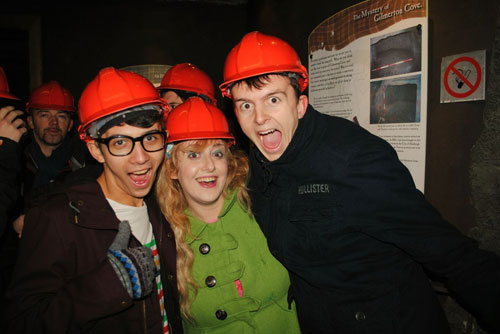 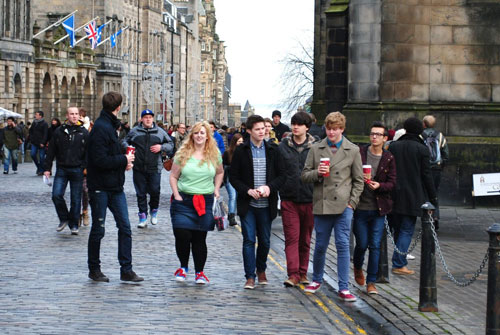 In November a group of Gifted & Talented Sixth formers took part in a weekend excursion to Edinburgh. On this excursion, we visited Edinburgh University and spoke to a former St Margaret’s student who currently studies at Edinburgh. We also took part in a number of other activities, such as a visit to the Edinburgh Dungeons, a walking tour of Edinburgh (including the vaults - James really got involved with this paranormal investigation!) and a trip to Gilmerton Cove, which proved to be a real highlight! The site is an unexplained system of caves, and visitors are invited to present their own theories on the origin and use of the caverns.

One student, Mark, was particularly engaged, and even came up with his own theories! Many thanks to Mr Bradfield Smith for his organisation in the kitchen, and to Phil Jones for his great photographic record of the excursion. I would also like to thank the year 13 students involved, they have taken part in so many extra-curricular activities during their time at St. Margaret’s. The students were, as usual, reliable, friendly and co-operative at all times. They have been a credit to their families and to the school, and I would like to wish them well for their transition to university.