Bolivia – The experience of a lifetime!

In July and August 2011 ten students and two teachers travelled to Bolivia on a World Challenge experience. World Challenge provides educational expeditions in the developing world which teach life skills and expand minds outside the classroom. The four-week student travel itinerary was intended to foster team spirit and leadership skills.

Bolivia is the highest and most isolated of the South American republics. Situated in the southern half of South America, it is completely landlocked; bordered to the north by Brazil, to the west by Chile and Peru, and to the south and east by Argentina and Paraguay. The country is three and a half times larger than the United Kingdom and its capital city, La Paz, is the highest lying capital city in the world, located at 3632m. The expedition was made up of 4 main phases: as detailed in this article by Deputy Head, Mr Steve Slater.

Upon arrival at La Paz the altitude and jet lag made sure that we had to take it easy! It was an incredible place, with amazing markets and very friendly people. The team very quickly gained their bearings and began to make arrangements for the rest of the expedition, which was no mean feat as the majority of the communication was in Spanish. To begin our acclimatisation we travelled to Lake Titicaca, the world's highest navigable lake. From here we took a boat ride to an island and began a three-day trek, reaching a maximum altitude of 4,032m, carrying our full kit and camping on the shores of the lake.

Travelling by minibus each day from the buzzing metropolis La Paz, to the sprawling city of nearby El Alto we began our second week in Bolivia by carrying out the project phase. We worked at a temporary home for children in El Alto. The children, aged between 2 and 13 years old, were either orphans or those under judicial care. It is a very small place with 2 bedrooms, one bathroom, a dining/work room, small TV area, small office area and a yard. We were given the task of redecorating the interior of the home. Throughout we were assisted by a number of enthusiastic children from the home and many of the team made rapid improvements in their Spanish as a result of spending much of the day entertaining the children.We got a unique opportunity to gain a different perspective to most visitors to the country. No-one left this phase without being deeply affected by the children we met and the harsh reality they had to face on a daily basis.

Next we went on a three-day, two-night jeep tour of the highest and largest salt lake in the world at 10,582 square kilometres in area and 3,700 meters above sea level. The journey to this 'otherworldly' white expanse was one of the toughest on the trip, travelling for 11, bone shaking hours on a dirt track road, but we saw some stunning views and had many great photo opportunities. Challenge Phase This consisted of a trek in the Bolivian Andes, characterised by high altitude and breath-taking scenery including stunning vistas of mountains and lakes. This was the toughest physical test for the team but most members were successful in summiting Pico Austria, at 5,335m, the highest peak on the trek.

Concluding our trip to Bolivia the team visited the jungle of the Amazon basin, travelling by motorised canoe along a tributary of the Amazon River. We saw some fantastic wildlife, from two metre long Camen, to giant rodent Cababra and beautiful Toucan, however, our guides were unable to find any elusive Anaconda. After the pleasantly warm climate of the jungle we returned to the UK, having experienced an amazing 41/2 weeks. Everyone was happy to return home and see our loved ones once again but looking back each of us would say we have been profoundly affected by our time in Bolivia. We were immersed in a culture completely different to ours and matured as people in ways we scarcely could have imagined – a truly amazing experience of a lifetime! 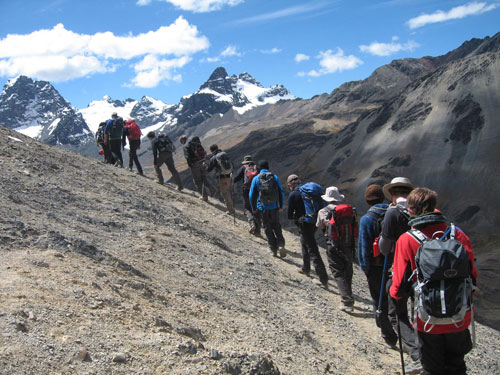 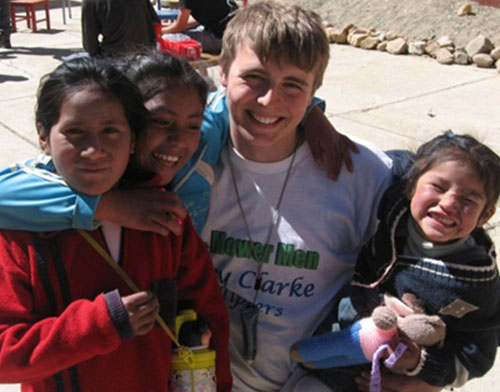 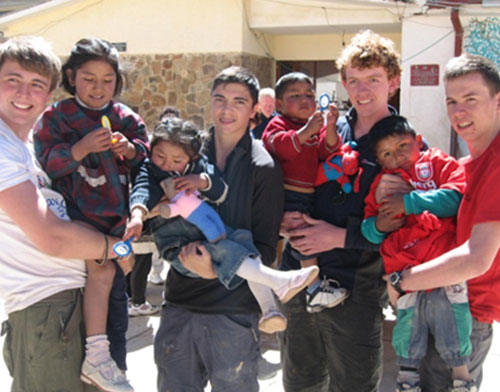 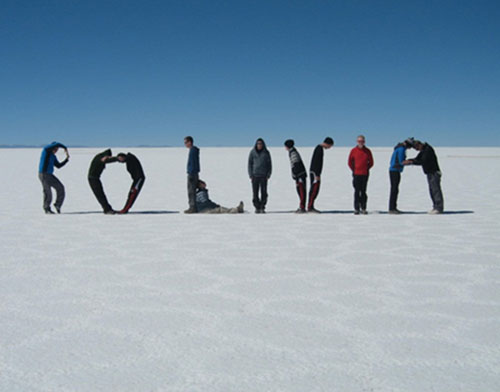 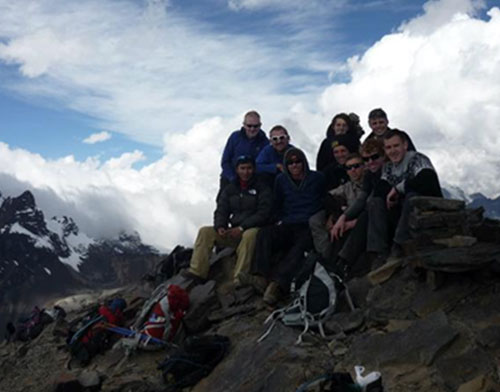 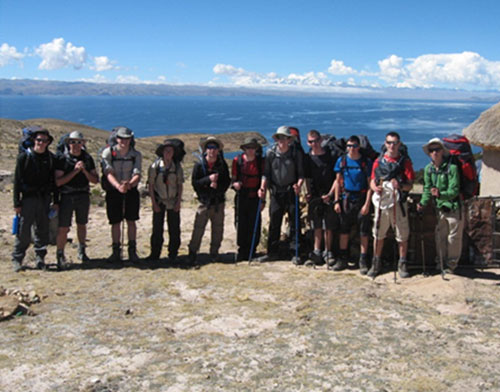