This year saw the return of the schools Talent Show, SMA’s Got Talent. It had been 3 years since the last production, back in November 2008, which was a great success and the shows organizers felt it was time for St Margaret’s Talent to be showcased again. Auditions were held in early October and a total of 15 acts were put through to the Final Show which took place on Wednesday 23rd November 2011.

The finalists, which included bands, singers rappers and a juggler, performed to a crowded audience in the hall as well as the panel of judges: Miss Donaghy, Mr Clark, Mrs Penketh and special guest judge, former pupil of the school, Sean Chandler. The judges had a tough decision to make on the night as the standard of talent was so high but prizes were given to the following acts:

Big thanks goes to the Parents Association who generously sponsored all the prizes which were awarded.

Our presenters on the night Jack 8P and Andrew 8S entertained the crowd and ensured each act was given a warm welcome and the support they needed on stage.

The production also showcased the talents of the back stage and technical team lead by David 11. The boys involved ensured the show ran smoothly and were on hand to make sure the correct sound, lighting and stage equipment were in place at the right time. Adam 9S, was responsible for the live feed which was set up to facilitate the audience’s ability to see close ups of the talent on stage. Thanks also to Adam for all the pictures which were taken from the night.

Juggler, James, had the audience transfixed. 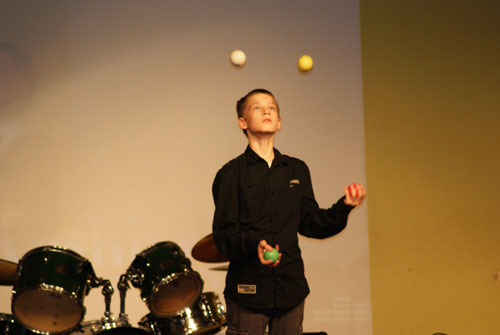 Performers, presenters and judges at the end of a fab evening. 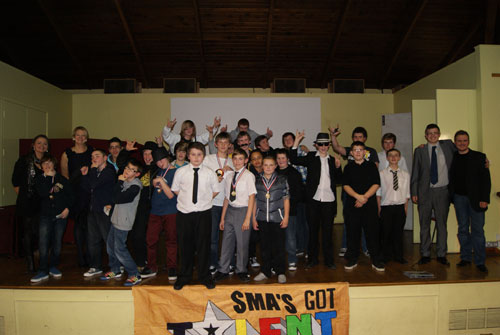