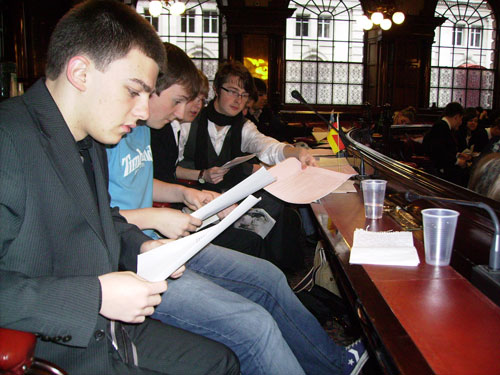 Once again SMA Sixth Form took part in the annual Model United Nations General Assembly at Liverpool Town Hall, representing Germany, China and Finland. Issues such as the Right to Freedom, Thought, Conscience and Religion and Nuclear non Proliferation were discussed with and a plenary session on the successes and challenges of the UN Millennium Goals were discussed.

"He will cover you with his feathers and his faithfulness will be your shield."