Miss Monaghan, Mrs Pinnington and Mr Anasoh set up our top linguists in a secret location in our school. An "elite team" of our top were recruited by GCHQ to assist them in a dangerous mission.

They were selected because of their excellent foreign language skills. Below, you can see the order of mission received by Miss Monaghan and passed on to Mrs Pinnington and our Elite Team.

Mr Anasoh provided our secret agents (code name: Section 002) with the IT equipment needed for the mission.

For those of you who have never heard of the GCHQ, this is what you need to know: Government Communications Headquarters, commonly known as GCHQ, was set up in 1919; it is an intelligence and security organisation responsible for providing signals intelligence (SIGINT) and information assurance to the government and armed forces of the United Kingdom. Based in "The Doughnut" in the suburbs of Cheltenham, GCHQ is the responsibility of the country's Secretary of State for Foreign and Commonwealth Affairs. It works with MI5 and MI6. It has been responsible for cracking enemy codes and thus helping us win wars.

This was a prestigious competition organised by GCHQ and a lot of schools took part in French, German and Spanish.

All "secret agents", had also been tasked to learn some Korean and Arabic so they could understand coded messages and created one themselves. GCHQ are always keen to encourage linguists to develop their skills and to show students how important it is to learn a foreign language. Having foreign language skills can make the difference in a conflict, they can stop criminal activities; it’s a capital part of keeping your country safe.

The whole team had a lot of fun competing against other schools.

The MFL department is also very proud to announce that Section 002 (aka Josh , Harry, Daniel , Mustafa and Karl ) actually came runners-up in the competition.

They have received certificates awarded by GCHQ and Amazon vouchers. Well done Section 002, you were amazing! 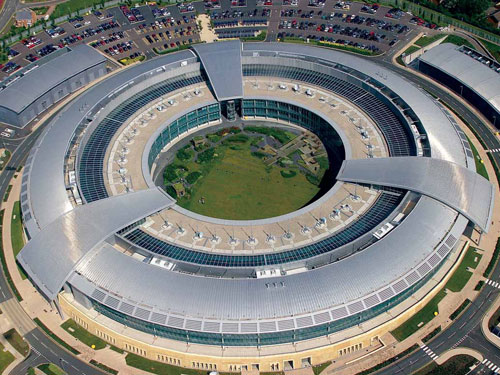