Our pupils are celebrating coming top of the league for a second consecutive year.

The team were presented with the league trophy and winners medals in an afternoon of celebration at an end of season friendly between year 12 and year 13 students.

The team’s sporting success has been recognised by Sky Sports News presenter Pete Graves, who recorded a “breaking news” story to commemorate the win.

This season’s stand out performances came from Owen, with 19 goals and 19 assists this season, as well as Iwan in defence, and Elliot with Michael in midfield. Liam, Matthew and Matthew also put in impressive performances.

The team also  came runners up in the Everton Shield Final on Wednesday (11 May) for the first time in the school’s history, after a narrow 1-0 defeat by Archbishop Beck, marking an impressive end to the season.

The league victory comes under direction of its manager, Greg McLean, a former student of the school now working in the Sixth Form.

Greg McLean, the First XI football manager, says: “This has been a memorable season for the First XI team, with some excellent performances and unparalleled team spirit throughout.

“Each and every player should be immensely proud of their determination and team work, which has helped the First XI team to lift the NDS league trophy for the second consecutive year. I look forward to congratulating the team properly at our annual sports award presentation dinner in July”.

Links to videos of our title celebrations can be found on our YouTube Channel: 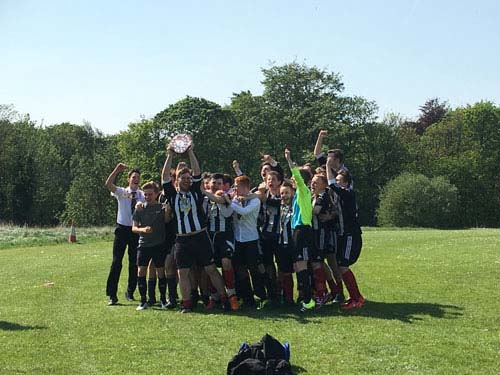 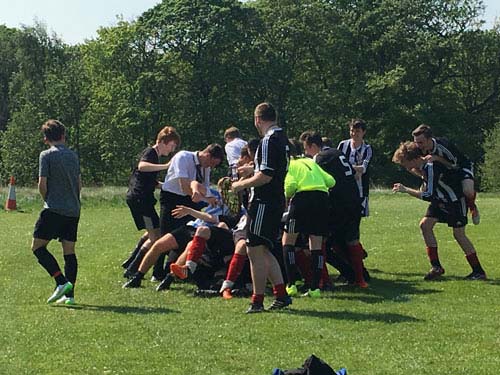 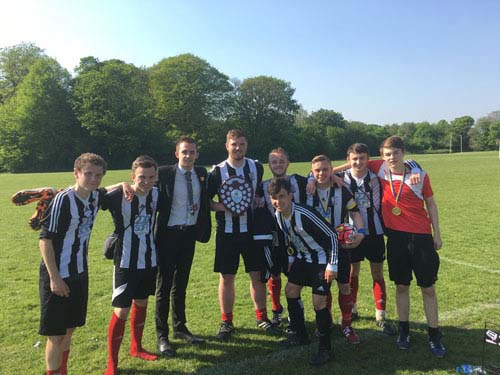 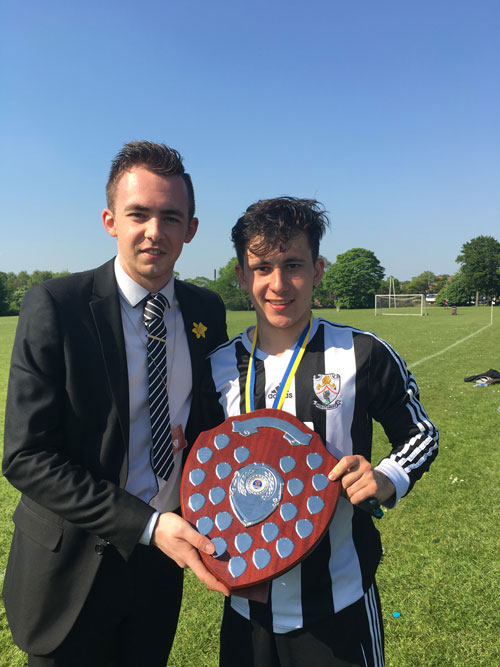 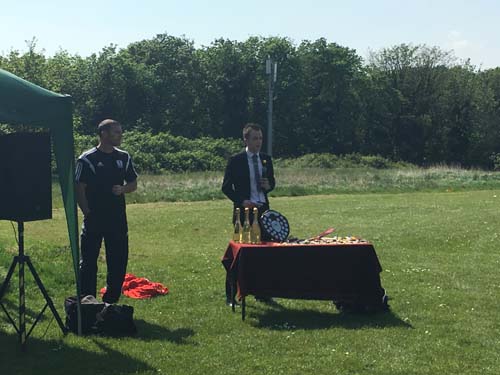 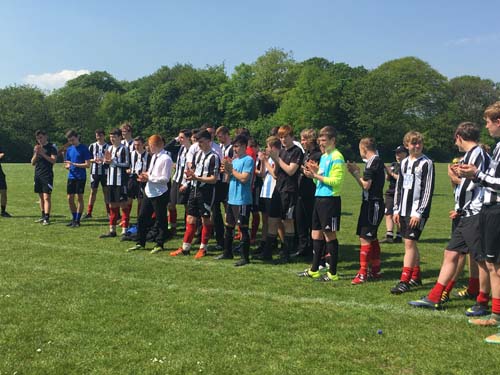 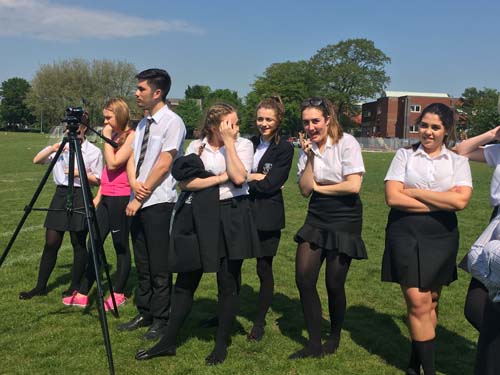 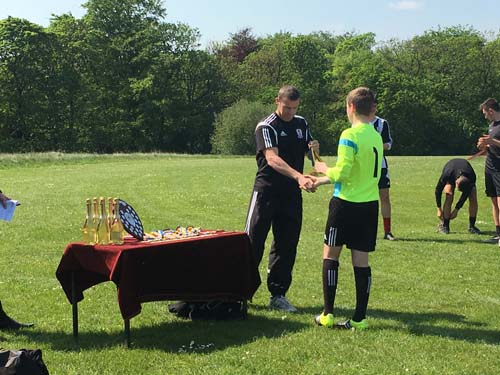 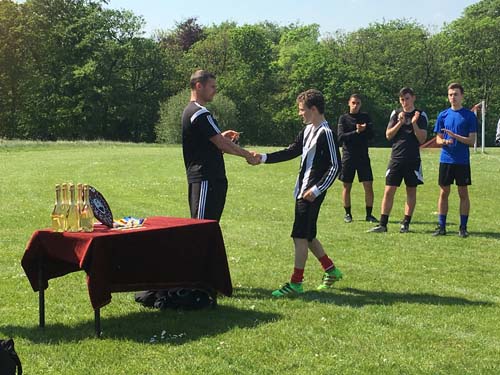 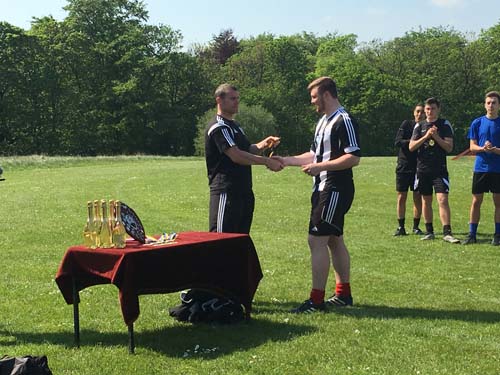 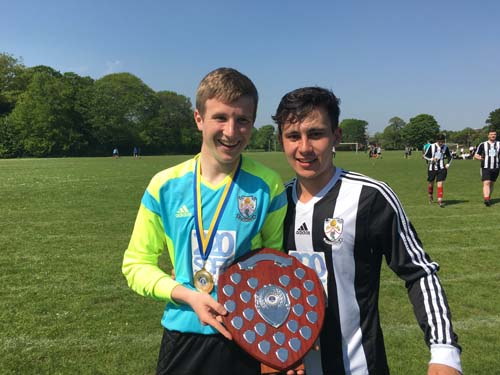 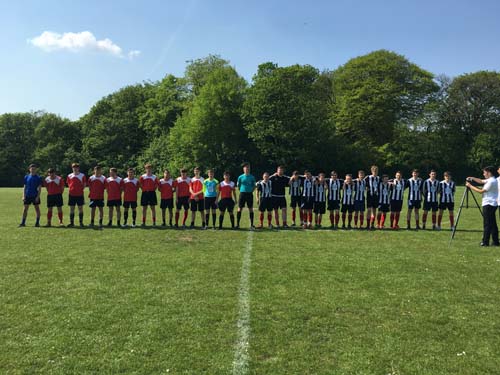 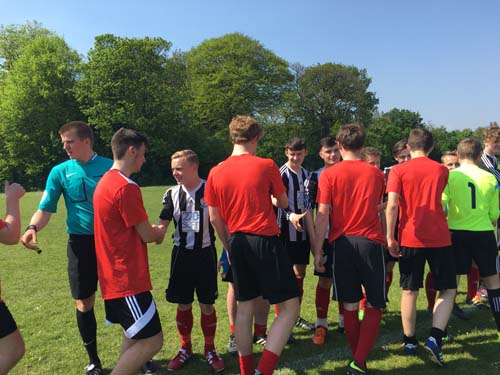 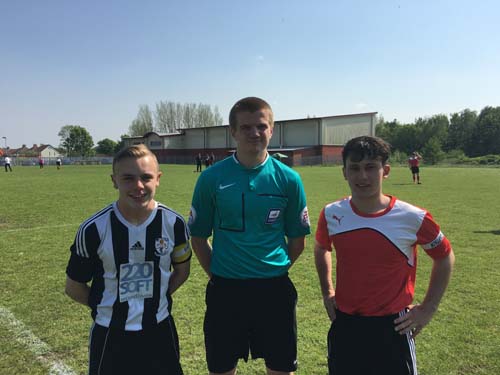 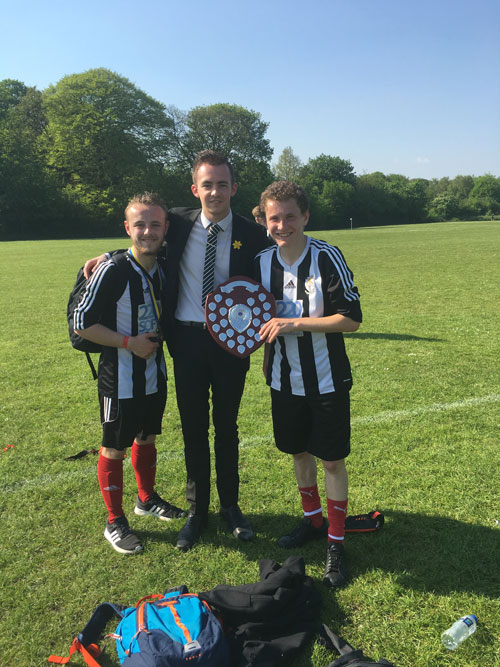 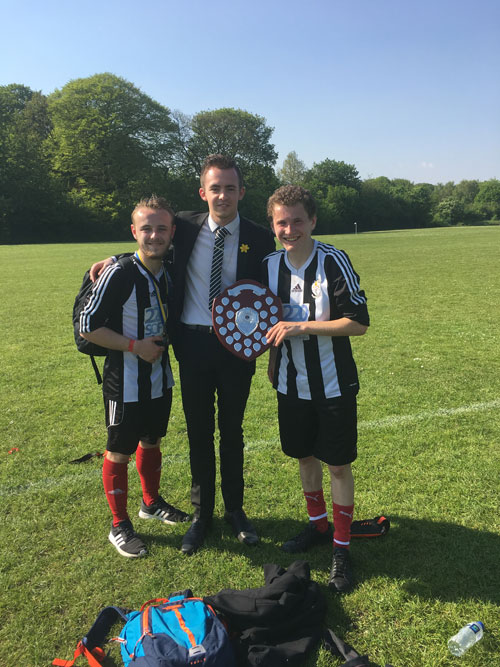 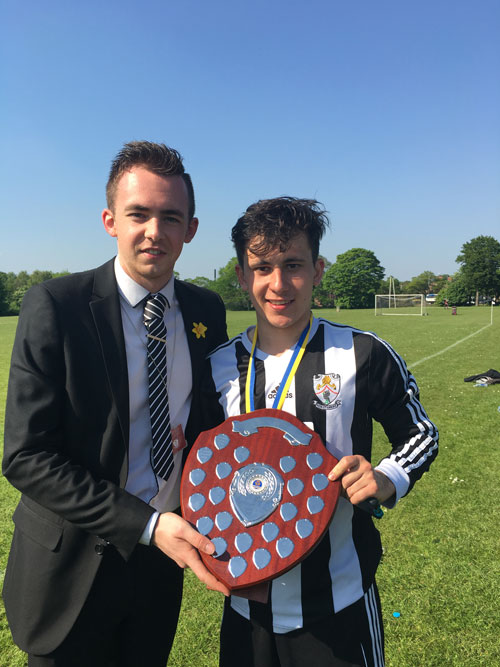