The second in a series of six careers-related talks saw top local solicitor, Chris Topping, who is a longstanding friend of the school, in talking to students about Law.

Chris, whose sons all attended St Margaret’s, has been one of the Directors in Jackson Canter since 1993 and is now in charge of their Actions against the Police department which has developed a national reputation.

He provided insight into a job which is clearly challenging and never boring and spoke of both what inspired him, and what inspired his firms founders, Jackson and Canter to take law “out of the City” to where it was most needed, in order to make a difference to people’s lives.

He was joined by two former students, Daniel Hodgkinson, who is currently reading Law at the University of Durham and Nathan Hine who is studying at Liverpool John Moores University. They spoke of university life and the requirements for studying a law degree. They told our pupils that subjects such as RS and English had proved useful but also that, whilst entry requirements can be high, many universities don’t specify specific A-level entry subjects; for example law A Level not being a necessity.

All encouraged the boys to find out more about the law by visiting the crown courts when open to the public and being proactive in finding some work experience. Success in this world is about autonomy and if you have the desire to succeed and are seen to be genuinely interested in the law then there are a wealth of jobs out there for all graduates of the discipline. 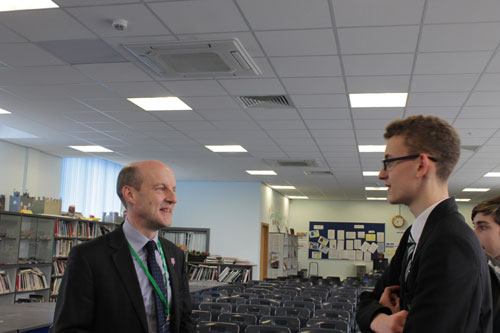 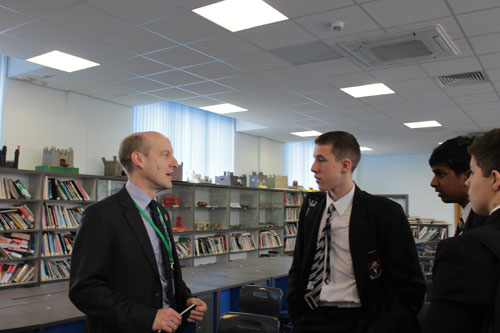 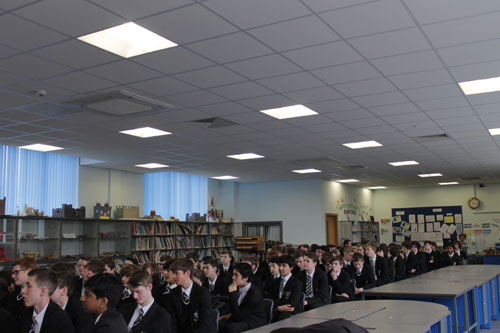 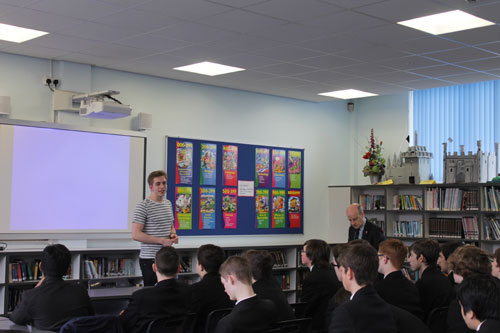