Two former pupils, Youngky Panjaitan and John Gallagher, returned to the school this week to deliver a careers talk on engineering to students in years 9, 10 and 12.

This was the first in a line of careers talks which will form part of the school’s learning for life scheme, with a teacher, consultant surgeon and a top solicitor due to give talks over the coming weeks.

Since leaving the school, both have gone on to carve out hugely successful careers in the field on engineering, with Youngky working for engineering consultant Arup and John for Royal Haskongin, where he is currently involved in a project with Mersey Ferries and the Liverpool Cruise Terminal.

During the talk pupils were told about the benefits of studying STEM subjects at degree level and the opportunities which careers in the field can bring.

John says: “Engineering makes a difference. No two days are ever the same and engineering is involved in so many things – from building affordable housing to providing fresh water to people”.

Hazel Kinloch, head of learning for life at SMA, says: “Providing students with opportunities to hear from industry professionals is invaluable as they prepare to embark upon GCSE or A-Level study and start to think about their own future career paths.

“It was great to welcome John and Youngky back to the school this week, and current pupils were really inspired by hearing from two boys who were once part of SMA and were able to see where they could be in just a few years’ time with some hard-work and dedication”. 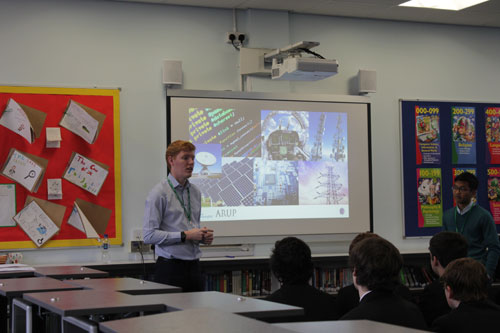 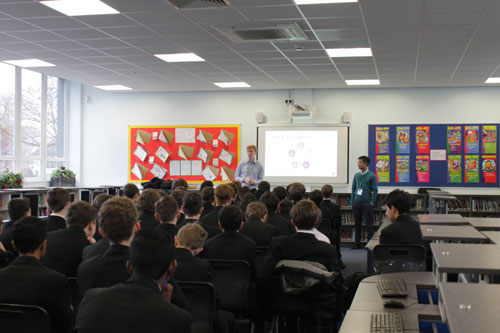