Cup Dream Over For SMA

With the impressive 5 star Ellison coach providing the transport for the players, supporters and management, it was a highly spirited St Margaret’s team that travelled down to Leeds Trinity University with one aim, to qualify for the next round of the tournament.

Benton Park were the opposition and as the game began the home side started the better of the two sides. The wide pitch was evident for all to see and Benton got the ball down and looked to exploit the flanks with continuous switching of the play. SMA certainly didn’t make it easy for them as, led by Owen and Zak, they set out looking to execute the infamous “Greg-Press.”

Benton’s dominance of possession allowed them to dictate the tempo early on. Their first chance coming early in the game. The ball was cleared to the edge of the SMA area and fell to Benton’s winger. He controlled and fired just wide, an early warning sign for SMA.

The pressure from Benton was becoming relentless and they were doing all the pressing. Their winger fired just wide after showing good feet from the edge of the area, a free-kick was fired just over and Tom was forced into a couple of routine saves but SMA held firm.

Eventually, however, the breakthrough came. Benton knocked the ball round with a swagger and put together a superb passage of play before switching the ball out to the left flank. The winger was given time to whip in an inviting cross and the Benton striker was the first to react. He rose at the front post and directed a powerful header towards goal that even the fingertips of Tom could do nothing to divert it away from goal and Benton took the lead. It was a sucker punch for SMA with the goal coming just two minutes before half time.

SMA set about the second half with a renewed hope and energy but it was Benton who doubled their lead 10 minutes into the half. They worked it well down the left hand side before crossing the ball into the area. SMA managed to clear the ball away after a scramble but it was quickly recovered by Benton on the opposite side of the area. The winger looked up and sent it back into the area. This time SMA were unable to deal with it and their number 9 sent a bullet header past the helpless Tom to make it 2-0.

SMA began to create some chances and had the first opportunity of the half. Owen was sent through on goal and managed to get to the ball ahead of the onrushing keeper. His touch forced him too wide but he bullied his way back into the box and forced the keeper into a smart stop to tip the ball wide.

It lifted SMA and Greg changed formation to a 3-5-2 in the hope of offering more support for Owen with Zak moving up alongside him. It had a positive impact on the team and SMA began to create some opportunities. From a deep free kick the ball was knocked on by Elliot and sent Zak away. He finished beautifully, lofting the ball over the keeper. Unfortunately, the referee judged him to have been offside and the goal was chalked off.

It did hand SMA a much needed confidence boost and minutes later they went close again. This time it was a lovely ball through from Owen who sent Dan (pushed further forward after the formation shift) away. He advanced on the area before unleashing a strike which cracked against the post and went out of play.

The warning signs were there for Benton and they responded by scoring an offside goal themselves. A quick counter attack saw the Benton winger advance down the right. He then cut inside and fired a shot across goal which cannoned off the post. It fell right into the path of their striker who had followed the shot up but even though he slotted it home, celebrations were muted by the referees whistle.

SMA continued to search for the key to unlock the door with Owen and Zak working relentlessly up top to break down the sturdy Benton defence. Unfortunately it wasn’t to be and SMA departed Leeds with disappointment but the players weren’t too down hearted with chants and songs continuing all the way back to Liverpool.

Despite the result, Greg was pleased by the work the players put into the game but admitted his side had been beaten by a top class outfit:

“You could see early on that Benton Park were a strong, organised side so the game was always going to be tough.

“We never really got into the rhythm of our passing game and with conceding the first goal, it made the task harder.

“I can’t fault the effort of their players who ran their socks off from the first minute to the last, it just wasn’t our day.

“I’d also like to place on record a big thanks to everyone who came to Leeds, hopefully despite the result, it was a day to remember.”

Man of the Match: Zak 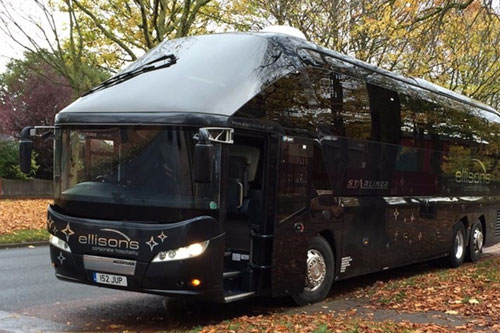 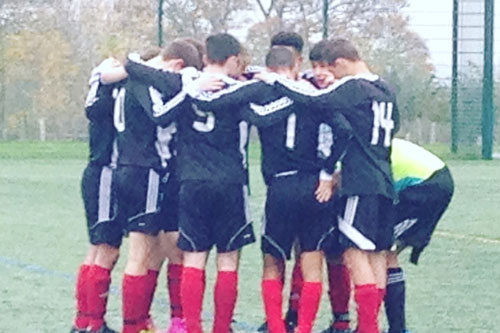 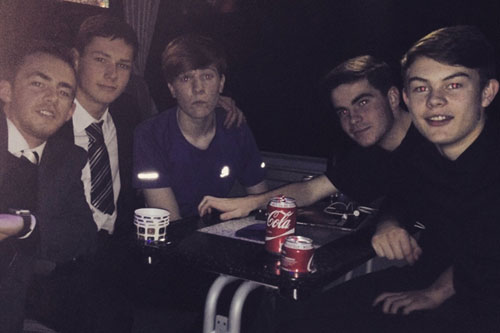