St Margaret’s Old Boys has gone from strength to strength in the past twelve months with a focus on the club’s social media providing a lot of coverage across various networks.

The Club now have a very active Twitter feed (@StMargaretsOBFC) 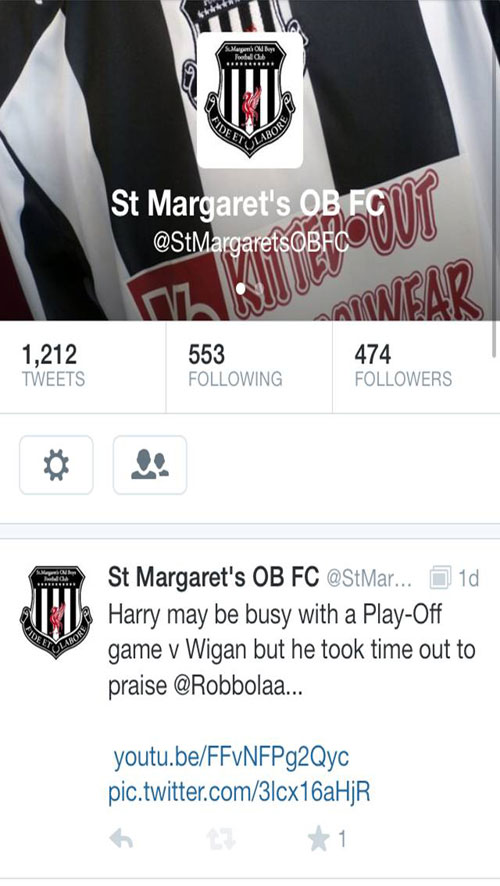 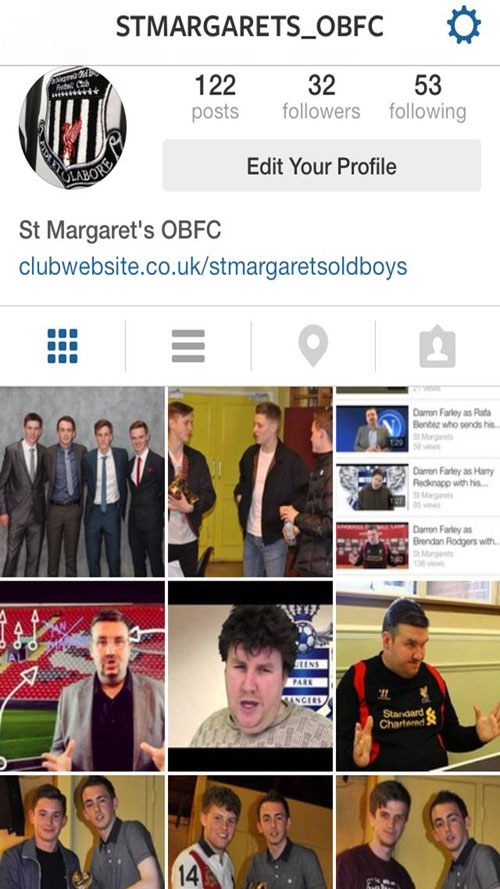 YouTube Channel where you can see the success from the below pictures... 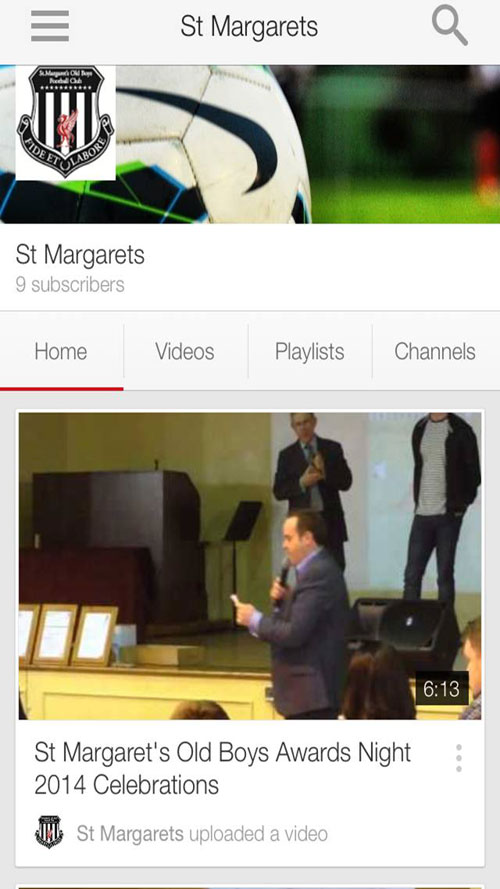 But even more recently, Secretary Greg McLean received written acclaim and congratulations from two very high profile names in the football world. Both Liverpool Manager Brendan Rodgers & Everton Manager Roberto Martinez sent over their personal congratulations for the work both he and the club were doing and they wished St Margaret’s Old Boys the best of luck with the coming season.

Receiving acclaim from such established figures in the sporting world was a brilliant achievement for both Secretary Greg McLean and the club. It shows that what they are doing and continue to work for is very much worth the effort and dedication shown by everyone involved with the club.

Here are the letters that were received; 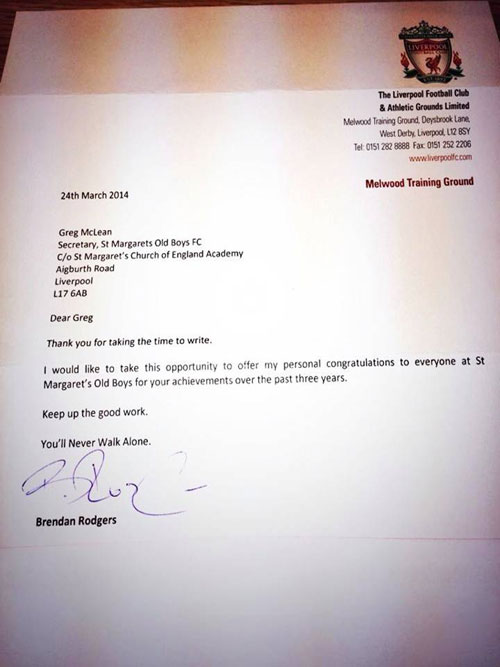 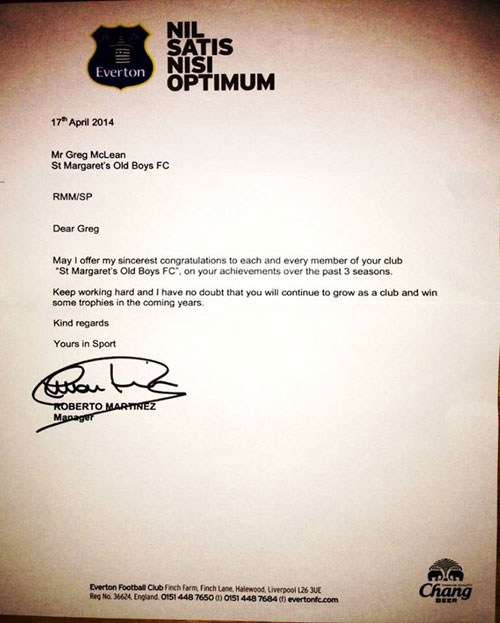