All of Year 7 has taken part in our 'Respect' Programme, consisting of four double Learning for Life sessions centred on how to deal with anti-bullying issues. Our eight Christian Values acted as the focus themes. The year was split into groups of 10, who visited different stations where one value was the focus at each. They discussed specific problems and issues which surround anti-bullying, and ways in which they could tackle these. Our Sixth Form students have participated as mentors leading the activities and Year 7 have found their guidance most valuable

At St Margaret’s Academy, we, as a whole school community, are fully committed to fighting against any form of behaviour which does not promote respect to one another. To ensure that we are able to consistently apply this belief we actively seek to “live out” our core Christian values of COMPASSION, PEACE, FRIENDSHIP, TRUST, ENDURANCE, FORGIVENESS, WISDOM and TRUST.

As a year group (Year Seven), we believed that it was important, during the first term of being together, to join up and reflect on and explore the Christian values and to identify how we can apply them within our school community in the fight against Bullying and other forms of negative behaviour. This is above and beyond what already happens within our LEARNING FOR LIFE Programme throughout school.

The programme was designed as a series of interactive sessions covering a period of four weeks. It began with a talk delivered by a church group which has strong links with the school. During the talk the students were given suggestions of how certain types of behaviour can be seen as both respectful and disrespectful towards others. They were also, through activities, encouraged to act and behave as a community.

In weeks two and three the year group were split into two halves. One half were involved in more teacher led activities involving video clips, worksheets etc on the theme of Anti-Bullying, whilst the other half were involved in small group activities. The idea being that there would be a reversal the following week. The whole morning began with an introduction from the Head Teacher centred around the aims and objectives of the sessions. The 75 or so that were doing the interactive group work were led through the following plan. They were divided up into small groups of about 8/9 with the teacher, support assistant and a 6th form helper acting as facilitator i.e. allowing the group to direct the discussions between each other. The teachers involved were either Form Tutors, Pastoral staff, Support Assistants or Senior Leaders. The basis of the discussions was centred around four of our school values; COMPASSION, PEACE, FRIENDSHIP and JUSTICE. Each group was given the opportunity to visit each of the workstations dedicated to one of the above values. At each table they were given a “dilemma” which they had to solve between them. They did this by exchanging ideas and then coming up with solutions. For example, one dilemma was around the problem of broken friendships and the best way to mend the situation without causing conflict. Each student was given a booklet to record their thoughts, discussions and the conclusions of the group. Whilst this was happening the adults in the group were asked to look out for signs of any individual student problems which could be picked up on later.

Week four was designed to be a plenary session in which the students have the opportunity,(in form groups) to share their experiences of the programme, including conclusions of the group discussions as regards the “dilemmas” as well as what they enjoyed/didn’t enjoy about the sessions.

Feedback from staff and students has been highly positive. Both reported that they felt it was a worthwhile programme for many reasons.

Buddy System – Year 7s were then asked to tick on their booklet if they would like some mentoring after for a 6 week period. This is a time were the 6th formers give them Cognitive behavioural tips to help them build self-esteem. Training for this was given by staff trained in Psychology and also guidance from a Clinical Psychologist.

Before the programme started Year 10s designed and sold anti-bullying wrist bands and raised money for childline. These were sold to all the school body during break and lunch time of national anti0bullying week raising £125.

Year Seven have also been given an electronic survey, in survey monkey, to complete on line before and after the respect sessions to help quantify the impact of the programme.
Miss Hazel Kinloch Head of Learning for Life (PSHE) 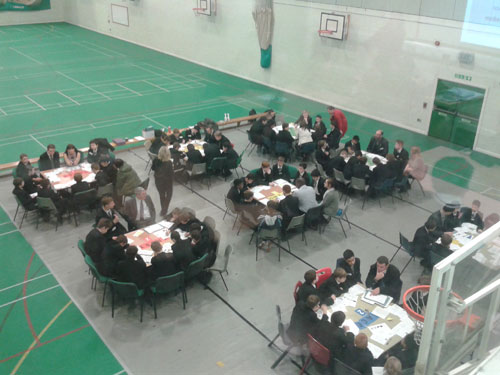 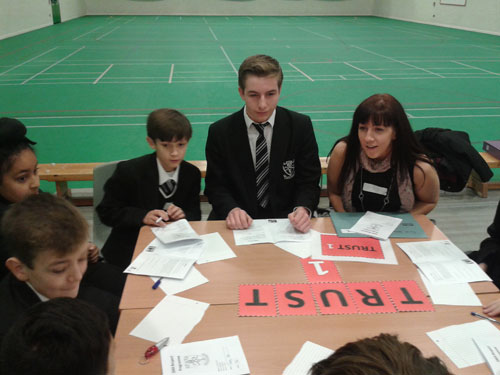 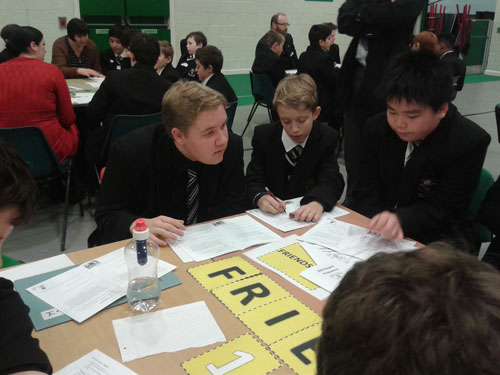 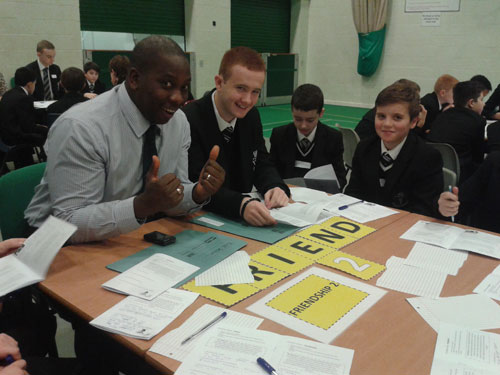 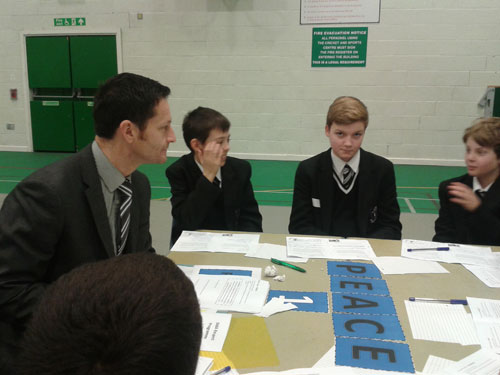 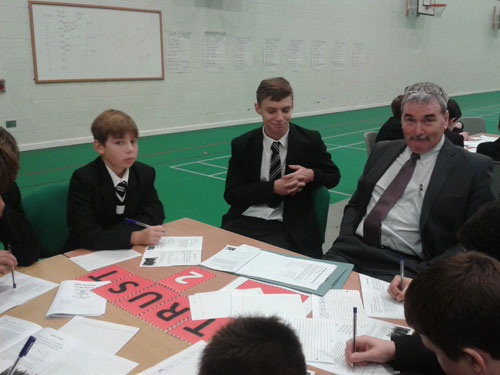 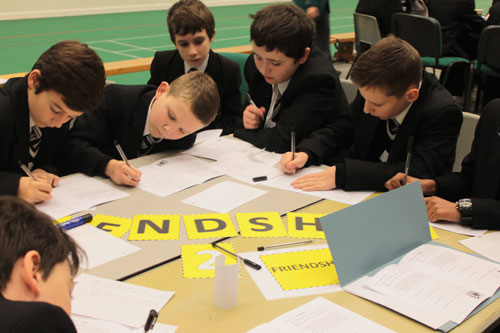 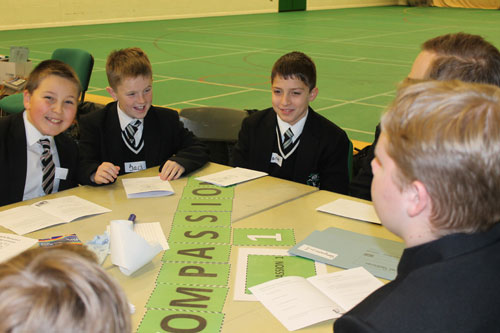