Symphony of Praise for Richard Miller

Symphony of Praise for Richard Miller


Symphony of Praise for Richard Miller

In July, Richard Miller (2005 - 2012), destined for the Royal College of Music to study under former student, Professor Kenneth Hesketh (1979-84), conducted Vaughan Williams' 'A Sea Symphony' as part of an exciting summer evening concert at the Church of Our Lady and St. Nicholas, Pier Head. Given Liverpool's maritime heritage, the sailors' church was certainly an appropriate setting for such a programme. Watched by an appreciative audience of well over 100 strong, the occasion included two professional soloists supported by a 50 voice chorus ,The Coventry Road Singers , made up of members of the Philharmonic and Anglican Cathedral Choirs contained two former students, Stephen Davies (1975-83) and Chris Hull (1978-85). The soloists, Patricia Hayes and Edward D'Arcy Hatton were both well- known locally.

The organist was the renowned David Houlder, who travelled from Leeds for the occasion. The main piece Vaughn Williams' Sea Symphony was accompanied by Britten's arrangement of the National Anthem. The opening piece was composed by Richard himself, much in the style of Vaughn Williams; entitled, 'Songs of Parting', this evoked the life of our great seaport and for Richard symbolised his last musical venture in Liverpool, before his move to London to study at the Royal College of Music. Richards' words were taken from the same source as that used by Williams – Walt Whitman. The soloist for this piece was another former student Stuart Keen (1975-83) who is well known for his role as senior Lay Clerk at the Anglican Cathedral.

As the final strains of the Sea Symphony died away and the audience drifted out into the waterfront all agreed that the evening had been a resounding success for Richard, the performers and co-organisers Simon Davies (2002 – 2009) and Michael Williams. 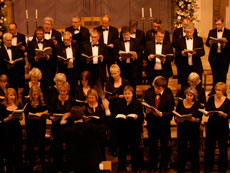 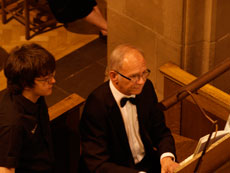 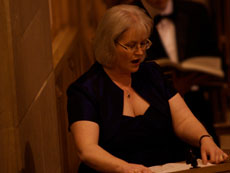 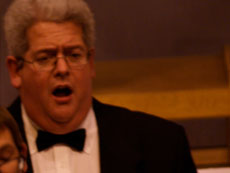 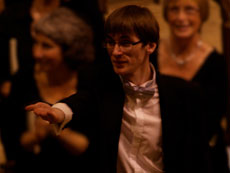